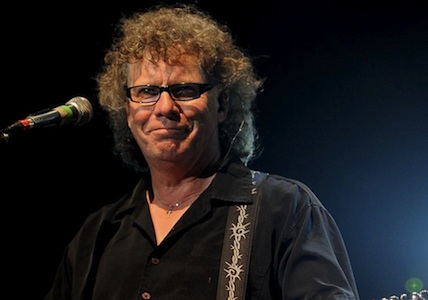 In an attempt to get back to a “harder edged” sound, April Wine “stole” Brian away from his part time forklift job and added him to the group in 1977 during the recording of First Glance. A versatile performer, Brian’s raspy voice adds a distinct edge to the background vocals and provides perfect harmony with Myles’ equally distinctive lead vocals.

Brian began his musical career playing in such bands as The Primitive, The Cheeque, All The Young Dudes and Mashmakhan. Brian’s main duties are guitar and backing vocals, but also contributes to the song writing with his songs like Before The Dawn, which is always a crowd favorite at live performances from the “Harder… Faster” album and Holiday and In Your World on the Back To The Mansion CD. Brian’s favorite guitar solo he has recorded is on Sign Of The Gypsy Queen from The Nature Of The Beast.

After April Wine broke up in 1986, Brian embarked on a solo career and recorded Serious Business, which continued the traditional April Wine mix of heavy rockers and ballads.

When the band got back together in 1992, Brian abandoned the solo career and rejoined to become a mainstay. His personable attitude and friendly demeanor have endeared him to all April Wine fans.