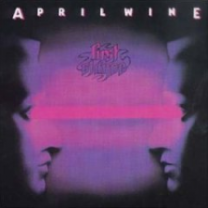 Myles Goodwyn, who produced First Glance, decided that this would be a true “rock” record, with no soft rock or easy listening music on it.

The album’s third single, Roller, was considered too heavy to be released as a single, but in an extremely unusual move, the programmers at a radio station in Flint, Michigan, took it upon themselves to play the song anyway. Roller immediately became a top request number, and the song eventually became a Top 30 hit in the U.S.

First Glance became April Wine’s first gold record outside Canada, and this album is credited with bringing “Canada’s best kept secret” out into the open.