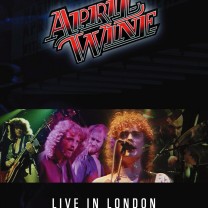 Live in London is a live concert video by April Wine, filmed at the Hammersmith Odeon in London, England, on January 27, 1981. This video was first released in 1981 on VHS and BETA format by Thorn EMI, and also on Pioneer Laserdisc in co-operation with Capitol Records and Aquarius Records, Canada. Live in London was also officially release on DVD by Cherry Red Records, on May 13, 2008.

The Live in London video showcases April Wine in concert at the peak of their career, with a full stage, lighting, and pyrotechnics show.