April Wine’s Myles Goodwyn does his part to help homeless 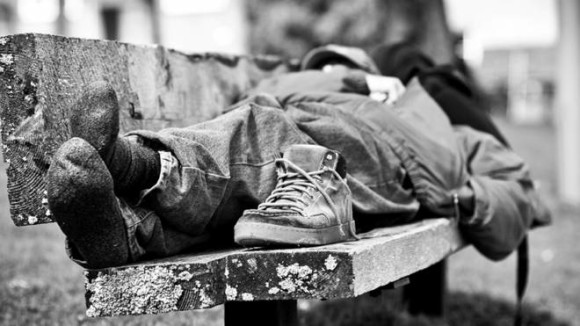 A well-known rocker with Nova Scotia ties is stepping up to help those in need.

Soleful Caring: Shoes for the Homeless, a campaign kicking off Saturday, is spearheaded by Myles Goodwyn, best known as the front man for April Wine. People can bring new or gently used shoes, sneakers and boots to Value Village in Bayers Lake to eventually be handed out at Metro Turning Point shelter in Halifax.

Goodwyn said he became aware of the need a few years ago while talking with his doctor about the importance of foot care. Goodwyn is a diabetic, as is one of his sons, so foot care is often top of mind. That led to a conversation about the challenges people struggling with homelessness can face, including getting a quality pair of shoes.

“It’s necessary for their survival,” Goodwyn said in a telephone interview.

“I thought I’d start down in Nova Scotia where I’m from and I know folks,” he said, adding that the plan is to eventually bring the campaign across the country, starting in Sydney, Saint John, N.B., and Charlottetown.

Melissa Phillips, the acting executive director at Shelter Nova Scotia, said the organization is a donation-driven group with an ability to help proportionate to the public’s generosity. That’s why it’s such a big deal when someone, such as Goodwyn, co-ordinates an effort to collect resources.

“Any time people come to us and they really want to make a difference in the community, it helps us help the people that we work with and it really does make an impact.”

There is a lot of demand for quality shoes and boots, especially at this time of year, said Phillips.

“We see people come in who may not have shoes or their shoes may be in very, very poor condition. People come to the shelter and sometimes they have very little by way of belongings,” she said.

“People come in in wintertime looking for a winter jacket or a pair of shoes and it’s important to be able to access those type of things so people have what they need when they’re going out in the elements.”

Shelter Nova Scotia provides support to about 1,500 people a year in the Halifax area, which translates to about 44,000 nights that people stay at Metro Turning Point. Efforts such as Soleful Caring also help to raise awareness and get more people involved in trying to help, said Phillips.

The first delivery of footwear will be made at Metro Turning Point on Jan. 14. Phillips said the goal is to collect 1,500 pairs of shoes during the campaign. Goodwyn and his doctor, Stan van Duyse, plan to attend.